“Dyad” is a coil construction, lidded basket containing another basket hidden in plain sight. It represents duality and secrets that separate us from oneness. I commissioned a local jeweler to create the pull, curved hinge, and clasp in sterling silver, which I then hand-stitched in place using a curved needle. I use four-ply waxed linen threads wrapped and stitched over a continuous core of fiber rush. This technique is a slow process completed over time; therefore, I work intuitively, allowing the process to guide me through all aspects of the design until the piece nears completion. 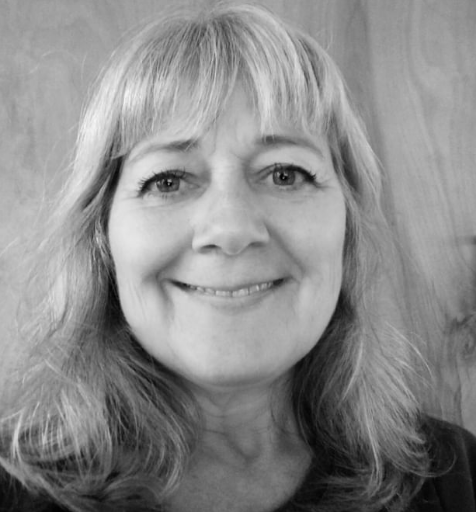 Heather Martin-McNab is a long-time Salt Spring Island resident. She has been developing her skill in basketry since 2005. Her work has appeared in galleries and juried shows, where she has won several awards for her basketry.

Heather works with a wide variety of materials and techniques, including local, sustainably gathered natural materials. She is most known for her contemporary coiled construction baskets, which she learned from traditional basket makers on an invitation to Swaziland. Heather uses four-ply waxed linen threads over a continuous core of fibre rush to create one-of-a-kind contemporary basketry.