I am committed to creating visual art that encourages consideration of our relationship to the natural world. “Forlorn” references the tragic story of the passenger pigeon; many, few, to one, the trajectory to extinction. I am interested in exploring the anthropocentric tradition of using decorative patterns to mimic, order, and romanticize the natural world through my work. The decorative elements reference this human-centered focus in this work, creating a border or parenthesis containing the central field. 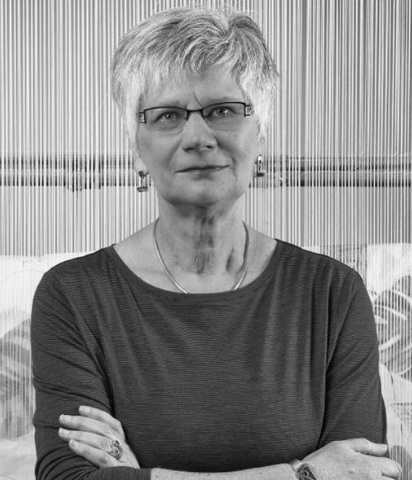 
www.janekidd.net
Jane Kidd was born in Victoria, BC. From 1980 to 2011, she taught at the Alberta College of Art and Design in Calgary.

Jane has exhibited in numerous solo and group exhibitions across Canada, the United States, Japan, Europe, and Australia. Kidd’s work can be found in private and public collections, including the Canada Council Art Bank, Department of Foreign Affairs, Alberta Foundation for the Arts, and the Canadian Museum of History. In 2016 she was awarded a Governor General’s Award for Visual and Media Arts (Saidye Bronfman Award)—Canada’s foremost distinction for excellence in the visual arts.

Her ideas are expressed through symbolic images that explore the complications and contradictions of current issues, encouraging reflection on our changing world.