“SYOWT’s Stone Bowl” resides in the intertidal zone at the end of a small point, jutting south into Ganges Harbour on Salt Spring Island, the traditional and unceded territory of the Hul’q’umi’num’ and SENĆOŦEN speaking peoples. A feminine symbol, the bowl is a vessel of transformation, reflecting the moon and offering a medium for eternal truths. It captures a fraction of the sea and transforms it into a mirror. In this liminal space, we see the world reflected, the possibility of rebirth and renewal. My photograph pays homage to this ancient stone art. 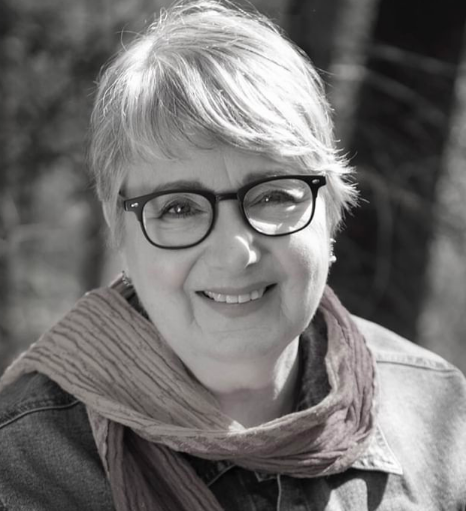 
@dianaeileenhayes

www.dianahayes.ca
Diana Hayes was born in Toronto and has lived on both coasts of Canada. She has six published books, most recently Labyrinth of Green by Plumleaf Press and Gold in the Shadow by Rainbow Publishers. Her poetry has appeared in various anthologies, including Love of the Salish Seas, Sweet Water: Poems for the Watersheds, and YYC/POP Portraits of People. Her photography has been featured in Vancouver galleries and commissioned for book covers. Her photographs have been selected for the Sooke Fine Arts Show, and she has participated in the annual exhibit with Photosynthesis. Salt Spring has been home since 1981.