This installation developed from memories of a childhood dominated by the Second World War. Family scenes are painted in acrylics and pencil on the exterior, while words and images from the war are drawn in pencil on the interior panels.

The piece was triggered by high school students wearing t-shirts adorned with swastikas. Progressively fewer people have the background or knowledge to understand the real significance of a symbol like the swastika, which embodied so much hatred, cruelty, and destruction in the 20th century.

I used my theatre background to create the model of the bomb site using mixed media. 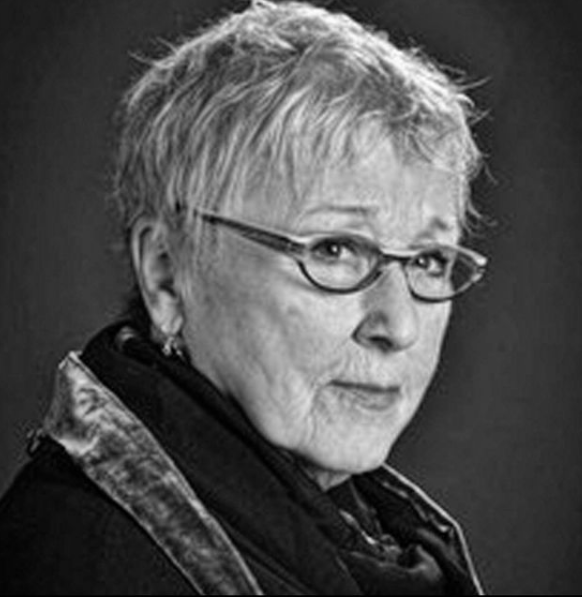 Susan Benson finished her training in painting in the UK before joining the Royal Shakespeare Company and BBC Television. In 1966 she emigrated to Canada, where she began designing sets and costumes across the country and designing internationally—in the US, Finland, China, and Australia. Since moving to Salt Spring 10 years ago, she has concentrated on painting and participating in many juried shows and exhibitions in Ontario and BC. Awards include the Banff Centre Medal for her contributions to the Arts in Canada and membership in the Royal Canadian Academy of Arts. She is a member of the Order of Canada.